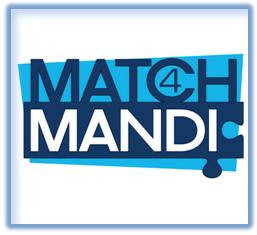 Why:
To HELP save lives!

Mandi Schwartz was diagnosed with acute myeloid leukemia (cancer of the bone marrow) in December 2008. After 5 rounds of chemo, she was cleared and was cancer-free. After being cleared, Mandi began to rebuild her white blood cell count in order to begin training for hockey again. In the meantime, she attended University of Saskatchewan for a semester while she was recovering. Mandi then returned to Yale University as a student (no hockey yet) in January 2010. Two-thirds of the way through that semester, she started to feel sick again and her intuition was right; the cancer had returned. She left Yale for the second time on April 22nd, 2010 and returned to Regina, where she is now going through chemo while a bone marrow matched is sought out.

We will be holding a two-day charity hockey event at The RINK, July 6th, and 7th. It will include a round-robin tournament format on Tuesday evening followed by the finals on Wednesday evening. Following the championship game, there will be a celebrity game played. Tickets will be $12 for anyone who did not participate in the event and will include one drink ticket. The celebrity game will feature today’s youngest professional stars: NHLers Cam Barker, Dustin Boyd, Darren Helmand more to be confirmed, as well as Manitoba Moose Mike Keane, Nolan Baumgartner, Kevin Clark andGeoff Waugh. Along with the hockey, there will be raffle prizes and silent auction items featuring sports memorabilia and collector items that you can have the chance to take home.

You can register by calling The RINK @ 489-RINK or by email at roberta@therink.ca. Total costs will be $400 per team and you can have as many as 9 players in addition to your goalie. Tournament is open to all levels from recreational to elite. It’s all for fun and for a superior cause! Help us Help Mandi & others beat cancer by finding a match.
ALL REGISTRATION MONEY GOES TO HELP SUPPORT MANDIas well as the money raised from the raffle prizes and auction Items.

"Heroes needed - all others need not apply”