Chase Perfection - Save A Point

"Perfection is not attainable, but if we chase perfection we can catch excellence."
-Vince Lombardi

Last night, three goaltenders were flawless in helping their teams achieve two points in a shootout, and one of them did everything but let in a goal to maintain a perfect game for a 1-0 win. As Marc-Andre Fleury notched the win, the Penguins moves 3 points within first place in the Eastern Conference.

How do they do it? As a goaltender it may seem like the weight of the whole game can be on your shoulders. In many instances this will put a burden on the goaltender from performing at their best. On the other hand, there is the goaltender that finds personal enjoyment and excitement towards holding the key to winning or losing in their hands. The demeanor of a confident goaltender is due to an applied detailed focus on technique in practice and through constant repetition over time. Naturally, as the situation then appears in a game it will fall into a category of being familiar, and readable, even in the most stressful of times. Overall, it is important to remember that when striving for perfection - one must have fun doing it!

Today, we will describe several aspects of breakaways and the shootout. First off, before diving into a detailed breakdown, take a look at two of the four games from last evening that went into sudden death.
Penguins vs. Rangers

After watching both videos, of various 1 on 1 scenarios at display, ultimately what matters is that when the game is on the line the goaltender must just stop the puck!

It would be nice if it were just that simple. In today's game players have become more aware of goaltenders tendencies as they analyze their approach, and they now have an arsenal of moves and tactics to put the puck in the net.

Now, lets discuss several key areas that will help aid in a goaltenders approach to the breakaway.


The Breakdown on Breakaways 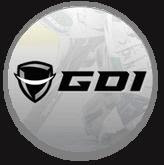