Edmonds Called Up to Sharks 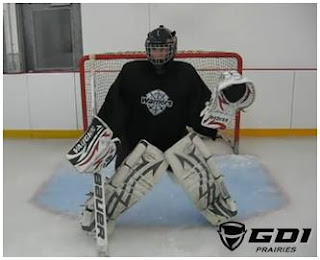 The City Midget - Winnipeg Sharks have called up 1996 born Ty Edmonds for the remaining rounds of the playoffs through the rest of March.

Edmonds recently finished his Bantam playoffs with the Winnipeg Warriors. Having a strong season playing his second year at the AAA level he recorded an 8-3-2 record and maintained a 2.86 GAA.

The Sharks faced off against Interlake on March 5th, the Monarchs on March 7th, and then Interlake for game four on March 10th. The 2010/2011 playoffs have placed the leagues top 6 teams into a round robin format that has the first place team out of the two pools proceed into a best of seven final.

For more info on the City Midget Playoffs Click Here.