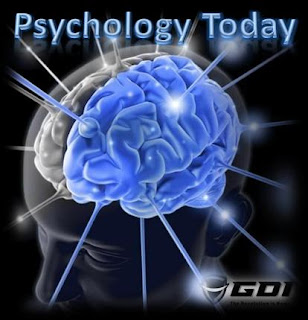 THE ROLE OF THE MIND IN PERFORMANCE

All of us have had games in which we didn’t perform well. On the other hand, we have all had games where we were unbelievable. Yet, at the end of the day we are still the same goalie – we did the same drills, lifted the same weights, and wore the same equipment. So why did we have such a difference in performance despite the fact that we made the same preparations? It is difficult to answer this because of the unique characteristics that each athlete brings to the performance table. Perspective, however, can be taught, practiced and perfected. It is important to know how the mind can be managed to optimize your performance.

To begin, it is imperative to understand the performance equation:

Performance is a combination of these four broad categories. When each contributes its proper share, you optimize performance. In an ideal world, then, the performance equation looks like this:

It is important to note, however, that today’s goaltender is better trained both athletically and skill-wise. We also have access to superior equipment than in the past. Therefore, it must be true that these three inputs play a broader role in performance than 20 years ago. As these inputs have a growing share within an athlete’s personal performance equation, the role of the mind is reduced accordingly. This does not suggest that the mind is eliminated from the equation nor does it suggest a lack of importance. Instead, the suggestion is that each of these inputs must contribute in a logical and balanced fashion.

Most athletes would agree that when their mind is excessively active, it usually spells a performance breakdown. Furthermore, these athletes would argue that during a peak performance their mind operated unencumbered. They were in The Zone. There was not excessive thought. Rather, it was clear, but limited, thought that was complemented by a feeling of calm confidence.

How, then, does one come to this balance?

With the above equation in mind, it is important to tie the three physical inputs (technique, physiology, and equipment) to the mental input (psychology). In order for the equation to be fulfilled and balanced, strength must be established first in the three physical inputs. This occurs because they are the tangible areas of growth. In other words, there are sure-fire methods of enhancing these two realms.

Proper, repetitious and committed training in the area of technique will advance one’s skill set. Likewise, passionate and committed athletic training will push one’s physiological frontier forward. Selecting functional, properly sized equipment will also have a direct correlation on performance. As these three inputs grow, they have a larger role in one’s performance equation. This reduces the role of the mind without reducing the importance of the mind.

How does this happen? If a goalie is weak from a technical perspective, then there is a greater likelihood of a performance breakdown. If a goalie has an athletic weakness, the same holds true. Lastly, if a goaltender is wearing poorly fitted equipment, the chance of a performance breakdown is increased. Think about this: If one has poor rebound control due to weak position, there is a greater likelihood of goals, which are directly correlated to the goalie’s mental state. If a goalie lacks flexibility to stretch to the post during a scramble then there, too, is a likelihood of more, not less, goals. If a goalie’s equipment does not allow him to carry distance on a backside push, that will also increase the likelihood of him being scored on.

Through this brief analysis, logic then points to the potential to limit, not eliminate, the role of the mind through exhaustive physical and technical training ,as well as ensuring our equipment is optimized for performance.

As one’s physical assets develop, it is critical to acknowledge these assets. I find it amazing how many goalies feel that the first save of a game is vital to their success on that given day. These athletes have trained their physical assets repetitiously to the extent that they are executable without thought. Yet, with the drop of a puck, these trained skills are encumbered by excessive pressure placed on what ought to be a standard, fluid save.

The same notion holds true for the many goalies that subconsciously place excess emphasis on their most recent game activity. For instance, if a goalie has a goal scored against them, there is a greater chance another goal will be scored shortly thereafter. This trend, however, may not be representative of the goalie’s physical assets. Instead, the goalie has lost confidence impair ing his physical abilities.

The goalie that is able to keep an even keel will put less demand on their psyche and will pave the way not only for more consistent play, but improved trust in their established assets.

STEP 3: KEEPING IT ALL IN PERSPECTIVE

Another important ingredient to ensure that the mind is kept in check is perspective. Goalies have a knack for losing perspective of their roll and how it integrates into the broader sport of hockey.

Many goalies burden themselves beyond what is rational. Hockey is a team sport, not an individual sport. Goalies operate, however, like an individual athlete. They put excessive demands on themselves. These demands are excessive because they are not in proportion with the goalie’s contribution to the game result. The goalie seeks to “conquer the world” with every performance. They see goals against as a reflection of them and not the broader team. If the goalie makes a mistake then, indeed, that may be a temporary reflection of the goalie. The fact is, however, that most goals result from a broader team breakdown and/or a strong offensive play by the opposing team.

All players on the ice are capable of executing strong plays – not just the goalie. Goalies, then, must learn to keep goals against in proper perspective and not burden themselves with excessive expectations. Sure, goalies train differently than the rest of the players on the team. They train different skills and place different emphasis on their athletic development; however, this is training not playing. When it’s time to play the game, the goalie, while having a major impact on the final result, still plays a minority role. There are upwards of forty players and six coaches that feed into the final result. To suggest that a goalie has a majority impact would suggest that the other participants have such a nominal impact that they are mere pawns in the game of hockey.

To imply that the goaltending position is important is an understatement. To suggest that championship teams are built “from the goal line out” may be true. Goalies must still embrace the fact that there is a wide range of dynamics that feed into each attack, of which only a handful are controllable.

Goalies must stop keying in on uncontrollable items (e.g. statistics) and focus on controllable items, such as their personal preparation. The goalie that builds enormous physical assets and learns to trust these assets implicitly, keeps the game in perspective! He is well on his way to defining the proper role for his mind.