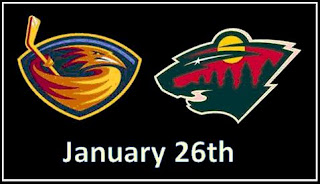 Coming up this week, GDI Prairies goaltenders will face off in a battle for first place. Right now the Winnipeg Wild and Winnipeg Thrashers are neck and neck through the Manitoba Midget AAA Hockey League standings. The Wild sit with 61 points and have a game up on the Thrashers who stand with 58 points.

Each of the 4 GDI goaltenders have shared their own success throughout the season.

Most recently, Wild goaltenders - Cory Nygaard and Spencer Tremblay- have each had back to back shutouts against the Pembina Valley Hawks and the Brandon Wheat Kings. For the Thrashers, Alex Henry had a strong presence in net against the Yellowhead Cheifs, while Teagan Sacher stymied Central Plains with 37 stops that included 15 in the first. Both the Wild and Thrashers have the lowest goals against within the leagues twelve teams.