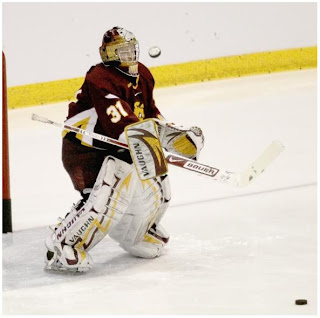 The Minnesota Duluth women’s hockey team, the 2010 NCAA Division I champion, has been invited to a White House reception with President Obama on Sept. 13 in Washington, D.C., which will honor championship teams and student athletes, according to a White House news release.

According to the release, President Obama is continuing a tradition started by President George W. Bush of honoring teams and individual student-athletes for accomplishments on and off the field. President Obama has also started efforts to recognize teams and players for service to their communities.

Lana Steck, goaltender of the Bulldogs, is returning back for her third year at Minnesota-Duluth. Over this past year Lana has been training hard back home in Winnipeg with GDI Prairies. Her hard work and preparation shows as this past year she was one of eight girls who received All-WCHA Academic Team selections. Driven to string another year of success into the 2010/2011 season, Lana continuous to stay dedicated to her game preparing diligently.