MJHL Player of the week 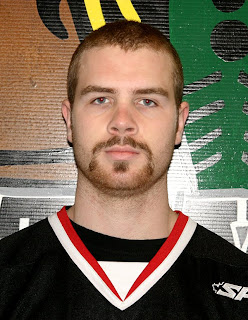 Congratulations to Matt Krahn on being credited as the MJHL player of the week. Krahn has trained diligently and also intsructed out of GDI Prairies for several years. Congrats Matt, and good luck in your playoff run!

Krahn ended the MJHL’s regular season on a high note, capturing the Potter Distillers Player of the Week honours.

The 18-year-old was practically unbeatable last week, posting an unblemished 3-0 record, turning aside 85 of 88 shots he faced. The Winnipegger’s excellence was reflected in a sparkling 1.00 GAA and .966 save percentage.

Krahn, who fills the net standing 6-foot-1, 200-pounds, is now preparing for the post-season. Natives, who finished fourth in the Sher-Wood Division, take on pennant winners Dauphin Kings.