After this evenings Winnipeg AAA Awards Banquet, GDI Prairies would like to congratulate all of the nominee's and goaltenders awarded for there success this past season. 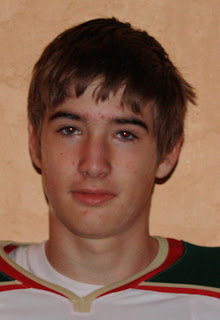 Taking home the top goaltender award for the Bantam 1 Level was Alex Moodie. Moodie has trained on and off the ice with GDI Prairies over this past year diligently, leading his season stats to a 2.80 GAA and 2 Shutouts. Moodie also helped lead his team to the finals where he proved his willingness to battle through the 6 game series. During the finals he also won the hockey championship at the Manitoba Winter Games with Team Blue, competing against Team Gold. Congrats Alex on all your success this past season.

Congratulations again to all of the players, goaltenders, and coaches nominated for awards within the Winnipeg AAA Organization.