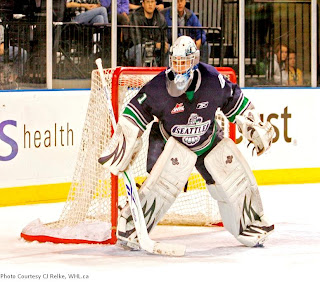 The tournament will be played April 13-23 in Belarus.

Twenty of the 22 players selected for the team are eligible for the League's June 25-26 selection extravaganza, including a number who will hear their names called early in the draft.

Calvin, born in Winnipeg Manitoba, has given his team (Seattle Thunderbirds) a steady presence in their most important position.