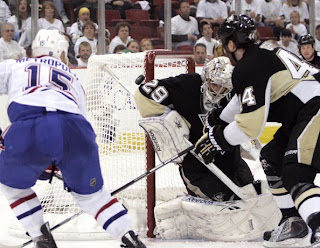 "I know how to do it but I just can't right now" or "I usually do it right but now it's not working!" Both of these statements are used on a constant bases by hockey players as they progress through a skill or as they get back on the ice after taking time off.

Two things happen when taking time off. One, previously learned skills have lost their perfected touch, and two, one's cognitive response to preform the skill has decreased in speed.

Goaltenders that take time off from being on the ice for weeks to months have numerous aspects of their game virtually lost. How?

For example, take a goalies reaction to the release of a shot while they are in a static position. If you have taken time off for a week it may take several shots in a practice to get used to reacting to the puck appropriately. Now picture taking two weeks to a month off. The rebuilding stage that one goes through now while gaining this timing back to their game is huge.

We can pick apart many areas of a goaltenders game that become decreased and somewhat lost to their psyche, but the biggest one is a goalies reaction - or furthermore - their response time.

Daily, as humans, we are in constant motion. We do different kinetic movements as we walk, eat, go to work or class, and do our daily routines. But, throughout everyday life how often do we have to catch an object or reach for something in the air? 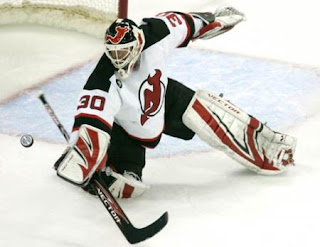 This being said, as goalies we must find ways to increase this response time of reacting while we are away from the game.

During the summer months sports such as baseball, badminton, and tennis that require accurate hand-eye coordination are beneficial to maintaining ones reaction.

Off-ice training with reaction balls, raquet balls or tennis balls help create tools that make your mind coordinate and think quickly with both your eyes and hands. 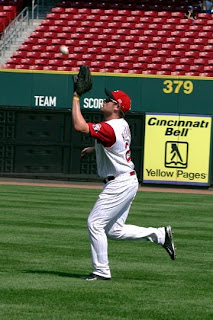 Not only do these sports enhance your hand-eye, they also have other physiological attributes that contribute to your on-ice performance. Think about the short bursts of energy used in both your training in net and in baseball running from base to base or to a catch a ball in the outfield.

Compare the % ATP Contribution by Energy Systems used in other sports. Baseball and Tennis are close to the same percentage used by hockey. There are others similar, but in the summer both attributes of your hand-eye coordination and the energy systems used should be present.

Keeping in mind that as a child progresses into a mature adult, as an athlete they must learn basic movement skills. The Long Term Athlete Development Model (LTAD) from Hockey Canada insists that it is essential to build in stages based on each athletes age.

Here are a few developmental exercises available to try at the gym or at home.

Your goaltending glove, a racquetball (tennis and lacrosse balls are not sufficient), a hard, flat surface and a wall.


The ball should hit the wall 12-18 inches above the ground in order to get a meaningful bounce back to you. When you make the catch be sure to do it with control and as you would if you were in full gear. Try to simulate proper glove movement.

A reaction ball and a hard, flat wall.

Toss the reaction ball high against the wall while in a stand up position. Gradually go lower till you become crouched and then go back up the wall. This can be done 5 consecutive times in a row after going down and then back up the wall.

Learn how to juggle. This is one of the very best hand-eye coordination drills. Start by juggling two balls with one hand. Once you have mastered this move on to three balls with two hands and then try to add balls from there.


During the summer it is important to train the physical attributes that relate specifically to your position in net. Along with interval workout routines don't forget about training to maintain and enhance your hand-eye coordination. Movement is the foundation to every goaltenders game, and one's response time is added additionally to make the proper save.

Consistency to your position in net is key. Train appropriately and maintain your strengths!