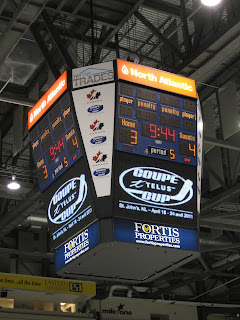 Teagan Sacher was awarded the 3rd Star for Day 6 with his horoic semi-final performance in net against Team Quebec.

The Winnipeg Thrashers netminder allowed an early goal to Lac St-Louis’ Patrick Walsh but settled down after that, making 25 of his 43 saves in the third period and overtime and giving Brendyn Illchuk the opportunity to score the overtime winner, sending the Thrashers to Sunday’s gold medal game against London.

Teagan Sacher's calm and controlled manner in net has helped the team get to where they are now, competing as one of the top two teams across the country for a national championship.