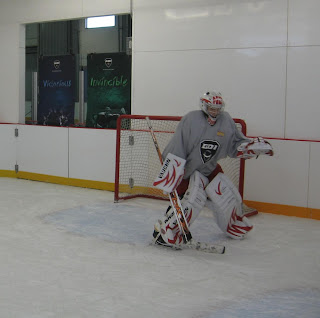 In the 2009-2010 Season, the Manitoba Midget AAA League had Riley Feser, of the Brandon Wheat Kings, lead the league with a total of 5 shutouts by the seasons end.

Along with his five perfect games, Tremblay has accumulated a Save Percentage of 96.11% and a Goals Against Average of 0.87.

Helping the Winnipeg Wild to several key wins this season, he has been a strong 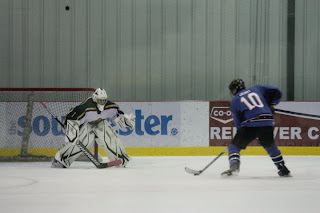 new addition to the team. Tremblay has recorded wins against division rivals the Winnipeg Thrashers, Eastman Selects, and Norman Northstars.

The GDI Prairies trained goaltender had previously played out of Notre Dame in Wilcox Saskatchewan for his Bantam and Minor Midget hockey seasons. In his Bantam season with Notre Dame in 2008-2009 Tremblay posted an 11 - 0 record in the regular season, with a strong 0.64 GAA and 7 shutouts. In the playoffs he was 4 - 0, with a 1.5 GAA and 1 shutout.

Tremblay was drafted by the Waywayseecappo Wolverines in the Manitoba Junior Hockey League in 2009, 93 overall.