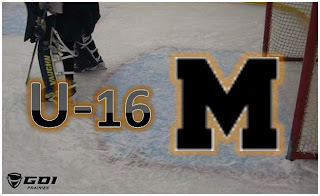 Manitoba’s top 1996-born players have started to compete in the Program of Excellence U-16 Spring Tournament at the MTS Iceplex this weekend.

The tourney is the second phase of the selection process for next season’s U-16 Team Manitoba who will compete at the Western Canada U-16 Challenge Cup in Swift Current, Sask. You can expect to rub shoulders with a lot of WHL scouts to be on hand preparing for next month’s bantam draft.

GDI Prairies has largely been involved in helping young bantam goaltenders prepare for the tournament as GDI has trained over half of the selected goalies at camp.