U-18 Girls Win in OT Over Host 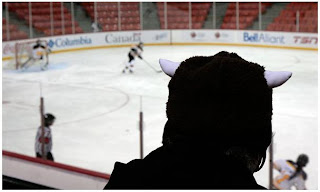 As expected, Team Manitoba ran into their toughest competition so far in the 2011 Canada Winter Games. On February 22nd, Team Nova Scotia held two leads in the game but Manitoba was able to tie the game up with a late goal in the third period. After a good chance by Nova Scotia in overtime Meghan Dufault was sprung for a break-away to score the game winner for Manitoba.

GDI trained Abby Ryplanski shut the door in net for Team Manitoba with her second start of the tournament.

Yeasturday, Team Manitoba bulldozed P.E.I with a commanding 9-1 win, leading them into the placement round where they will face Prairie rival Saskatchewan this afternoon. The winner will move on to tomorrows Semi-Final Round.